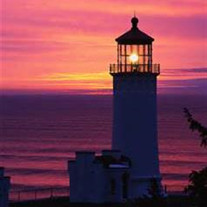 William T. Snodgrass, 77, of North Huntingdon, died Wednesday December 26, 2018. He was born February 25, 1941 in Waynesburg, a son of the late Raymond E. and Erna (Morgan) Snodgrass and was also preceded in death by a brother Raymond “Eddie” Snodgrass. He is survived by his wife of 40 years, Kathy (Hughes) Snodgrass; three children, Allen (Beth) Snodgrass of Royersford, Susan (Mark) Petti of Margate City, NJ, and Jeremy (Julie) Snodgrass of Wilmington, NC; six beloved grandchildren, Bethany, Zachary, Morgan, Rachael, Jessica, and Jayden; and a sister Lovella Burns of Waynesburg. Bill was a 1959 graduate of Waynesburg High School and a 1963 graduate of Waynesburg College. He taught Science in the Penn Hills School district for 30 years, retired, and continued his teaching career at St. Coleman School in Turtle Creek for 12 years. He was an avid wrestler in both high school and college and officiated wrestling in the WPIAL for many years. He was a member of St. Agnes Catholic Church, North Huntingdon. Friends will be received from 2 to 4 and 6 to 8 p.m. Sunday at the William Snyder Funeral Home, 521 Main Street, Irwin, 724-863-1200. A Mass of Christian Burial will be celebrated at 10 A.M. Monday in St. Agnes Catholic Church with entombment following at Penn Lincoln Memorial Park. For online condolences please visit www.snyderfuneralservices.com.

The family of William T. Snodgrass created this Life Tributes page to make it easy to share your memories.

Send flowers to the Snodgrass family.