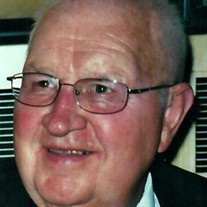 Russell J. “Rusty” Collie, 83, of North Huntingdon, died Friday July 22, 2016 at home. He was born December 15, 1932 in Claridge, a son of the late Russell and Rose (Zahrobsky) Collie and was also preceded in death by a sister Rosemary Bengel and an infant sister Beverly. He was a retired assistant superintendent of labor relations for the Union Railroad and was also a former schoolteacher for the Turtle Creek High School. He had been an owner of Orcoll Business Services and was a former Justice of the Peace. He was a graduate of North Huntingdon High School class of 1950, an Army veteran of the Korean Conflict, and earned his bachelor’s and master’s degrees from Indiana State Teachers College. He was a charter member and first Exalted Ruler of the Norwin Elks and a member of F.O.E. Aerie 1671, Irwin, L.O.O.M. Lodge 236, Irwin, the Veterans of Foreign Wars, the American Legion, and the Jacktown Ride and Hunt Club. He was an avid golfer and gardener. He is survived by his wife of fifty nine years Olga (Krehel) Collie; his children, Marianne (Matt) Branigan of New Market, VA, Cindy (Ray) Williams of Spring, TX, Jill (David) Fink of Forest Hills, and Nancy (Chris) Del Signore of Irwin; his grandchildren, Sean Branigan (Lauren Trinka), Jake Branigan, Christopher Williams (Deniece Lukeaela), Owen Fink, and Brittany and Russell J. “R.J.” Del Signore; three great grandchildren; a sister Patricia Kooser(Frank) Wall of Irwin; also nieces, nephews and special friend and neighbor Jerry (Penny) Morgan. He was a loving husband, father, grandfather and friend. Friends will be received from 2 to 4 and 6 to 9 p.m. Tuesday at the William Snyder Funeral Home Inc., 521 Main Street, Irwin, 724-863-1200, where a funeral service will be held at 11 a.m. Wednesday. Interment with military honors will follow in Union Cemetery. Norwin Elks will hold services at 7 P.M. Tuesday in the funeral home. Those wishing may contribute to a charity of choice. For online condolences please visit www.snyderfuneralservices.com.

The family of Russell J. "Rusty" Collie created this Life Tributes page to make it easy to share your memories.

Send flowers to the Collie family.