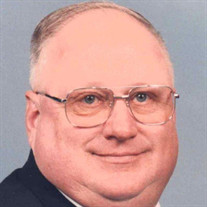 Roy “Porky” Harry Smalley, 76, of Paintertown, returned home to our Lord on October 23, 2021. Porky was born on December 20, 1944 in Paintertown, son of the late Roy Estep Smalley and Margaret Geiger Hobaugh. Porky was a lifetime member of Paintertown Volunteer Fire Department and was a member of the Paintertown VFD Pink Panthers softball team. Porky was a member of Shidle Lodge #601 of the Free and Accepted Masons and a member of the Order of Eastern Star, Irwin Chapter #400. He worked for the Penn-Township Road Department as an Equipment Operator retiring after 34 years. Porky joined the Navy serving 4 years and 3 tours in Vietnam as a Seabee. After he returned from the Navy he joined the Army Reserves and served for 30 years with the 429th Engineers until retirement as a Master Sergeant. He was an avid hunter and hunted all over the North American continent with his nephew Andrew, having a prized albino white tailed doe and more stories than we can count. Porky was known for finding someone who knows him no matter where he traveled. He is survived by his loving wife of 36 years Marguerite (List), his beloved children Cassie Grolemund, Sherri Fritz and John (Leslie) Fritz, grandchildren Kayla (Cole) Hawkes, Robert Grolemund, Keith Barkfelt, Brittany Grolemund, Alexa (Logan) Stoltzfus, Maya and Makenna Fritz and Bryce Nuss, great-grandchildren Neal, Amelia, Abigail and one on the way, sisters Margaret Larue Parlog and Elsie Kay (Ray) Onko, mother-in-law Janet List, as well as many nieces and nephews. Friends and family will be received from 2-4 and 6-8 p.m. Thursday, October 28, at the William Snyder Funeral Home Inc., 521 Main St., Irwin, 724-863-1200, where a funeral service will be held at 10:00 a.m. Friday, October 29. Interment with military honors will follow in Union Cemetery. Paintertown VFD will hold a memorial service at 7:20 p.m. followed by a masonic funeral service at 7:30 p.m. Thursday in the funeral home. In lieu of flowers, donations can be made to the National Kidney Foundation or the Paintertown Evangelical Lutheran Church. For online condolences please visit www.snyderfuneralservices.com.

Roy &#8220;Porky&#8221; Harry Smalley, 76, of Paintertown, returned home to our Lord on October 23, 2021. Porky was born on December 20, 1944 in Paintertown, son of the late Roy Estep Smalley and Margaret Geiger Hobaugh. Porky was a lifetime... View Obituary & Service Information

The family of Roy H. "Porky" Smalley created this Life Tributes page to make it easy to share your memories.

Send flowers to the Smalley family.