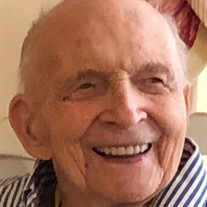 Kenneth F. Sidehamer, 92, a longtime resident of North Huntingdon, passed away Friday, June 26, 2020. He was born Oct. 11, 1927, in Mt. Pleasant, the son of the late George H. and Adelaide (Moser) Sidehamer. He was an active member of Holy Trinity Lutheran Church, Irwin, and Good Shepherd Lutheran Church of Mt. Pleasant, a 1945 graduate of East Huntingdon High School, and was a private in the Army, stationed in Finschhafen, New Guinea during World War II. Ken worked for NCR Corp. as a field engineer for more than 40 years. He was active in many organizations and was a life member of VFW Post No. 781, the NRA, and Teutonia Mannerchor. He was also a life member of Shidle Lodge No. 601 Free and Accepted Masons, Irwin, and the Syria Shrine, Pittsburgh, Legion of Honor where he was a member of the rifle team, and he had fun with the Hillbilly Clan No. 53. He enjoyed many September trips to Virginia Beach with the Mid-Atlantic Shrine annual convention where he marched in the parade, enjoyed the music and camaraderie. Ken was a true outdoorsman, appreciating his time at his cabin in Coudersport. In his retirement, he enjoyed spending time at his family home in Mt. Pleasant and coffee and conversation with his buddies at the local McDonald's and Wendy's. In addition to his parents, he was preceded in death by a sister, Gwendolyn Hough. Ken is survived by his former wife, Marlynn Sidehamer, of State College; longtime companion, Millie Giles, of Youngwood; daughter, Kimberly (Frederick) Watkins, of Mahwah, N.J.; grandchildren, Emma and James Watkins; a sister Gayle Howells of Scottdale; nephews Ken Hough and Tim Howells; his niece, Kathy Alt; and many cherished cousins and other family members. Friends will be received from 6 to 8 p.m. Monday, at the WILLIAM SNYDER FUNERAL HOME INC., 724-863-1200, where a funeral service will be held 11 a.m. Tuesday. Interment will follow in Penn Lincoln Memorial Park. In lieu of flowers, those wishing may contribute to: Shriners Hospital for Children, 2900 Rocky Point Drive, Tampa, FL 33697, or the charity of your choice. For online condolences, please visit www.snyderfuneralservices.com.

Kenneth F. Sidehamer, 92, a longtime resident of North Huntingdon, passed away Friday, June 26, 2020. He was born Oct. 11, 1927, in Mt. Pleasant, the son of the late George H. and Adelaide (Moser) Sidehamer. He was an active member of Holy Trinity... View Obituary & Service Information

The family of Kenneth F. Sidehamer created this Life Tributes page to make it easy to share your memories.

Send flowers to the Sidehamer family.