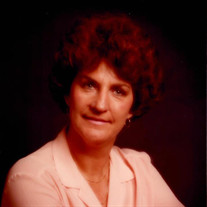 Kathleen “Kass” Jean (Kunkle) Sofaly passed from this world on June 25, 2018, at Transitions Healthcare in North Huntingdon, after courageously living with Parkinson’s disease for over 20 years. Kass was born October 28, 1934 in Ligonier, the first daughter of Agnes Kinney Kunkle and Raymond Kunkle. In addition to her parents, she was greeted in heaven by her loving husband Jerry Sofaly. Celebrating her life are her two daughters Leslie Sofaly Peters (Kent) of Columbus, Ohio, and Lynn Sofaly Boyd of Harrison City, and her son John “Jack” Sofaly (Julie) of North Huntingdon. She leaves six grandchildren, Charles Nider (Tracy), James Peters, Alex Boyd, Katie Sofaly, Don Sofaly and Paul Sofaly, and one great granddaughter Caroline Nider. She is also survived by two sisters, Flora Kunkle Nelms (Mel) of Levelgreen and Linda Kunkle Ward of Herminie, two nieces, Heather Ward Green (Bob) and Meredith Ward Nelson (Aaron) and several great nieces and nephews. Kass was a registered nurse, a profession she loved, having graduated from Columbia Hospital School of Nursing in Wilkinsburg, working there until her marriage to Jerry Sofaly and moving to Massachusetts while he served in the Army. Returning to the Irwin area, they began their family. She was a stay-at-home mom for many years and worked at their store, Irwin Drug in downtown Irwin. She later returned to the medical field at Westmoreland Hospital, holding several supervisory positions in nursing education, volunteer coordination, and outpatient testing. Upon her retirement from the hospital, she became a personal care home administrator and a strong advocate for senior citizens. After that she served as a special assistant to Senator Alan Kukovich. Kass has always been a very fun-loving, genuine outgoing personality. She enjoyed music and dancing, trips to the beach and mountains, and playing golf. Friends and family will be received from 2 to 4 and 6 to 8 p.m. Thursday at the William Snyder Funeral Home, 521 Main Street, Irwin, 724-863-1200. Everyone will gather at the funeral home at 11 a.m. Friday for a funeral service with Pastor Bob Green, officiating. Interment will follow at Union Cemetery, North Huntingdon. The family would like to express their heartfelt appreciation to the dedicated employees of Transitions Healthcare in North Huntingdon who cared for her, held her hand, shared her laughter, and dried her tears, and most recently Promise Hospice who helped her on her way. For online condolences please visit www.snyderfunrealservices.com.

The family of Kathleen "Kass" Jean (Kunkle) Sofaly created this Life Tributes page to make it easy to share your memories.

Kathleen “Kass” Jean (Kunkle) Sofaly passed from this world on...