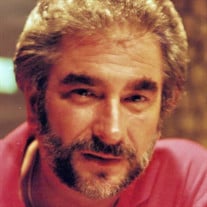 Jack Lloyd Ellenberger, age 72, of North Versailles died on August 13, 2020, the result of a traumatic brain injury. He received two Purple Hearts, while serving in the U.S. Army, as a Vietnam combat infantry soldier. Born February 6, 1948, the older son of the late Harry J. and Bernadine (Stalowski) Ellenberger. He is survived by his loving “college babe” and wife of 52 years, Sharon (Wolden). He raised and is survived by three wonderful children, Kristin (Dr. Jim) Richards, Jocelyn (Jeff) Bell, and Jack (Michelle) Ellenberger. Jack is survived by and so very proud of his eight grandchildren: Coleman and Caroline Richards; Jennings, Greyson and Charlotte Bell; and Alexi, Leo and Julian Ellenberger. He’s also survived by his most caring and loving step-father, Ted (Pap Z) Zarichansky, his sister Donna Lee (Louie) Paulisick, brother Darryl “D.J.” Ellenberger, brother-in-law Tom (Linda) Wolden, sister-in-law Sue (Ray) Pecoraro, his Aunt Esther (Joe) DeLeo, six nieces, nine nephews, grand nephews, grand nieces, tons of cousins, and wonderful friends and neighbors. He graduated from Westinghouse Memorial HS in Wilmerding, and in his own words and intended humor...”Started off at Penn State, but at the end of my sophomore year my grades had slipped (due to the previously mentioned college babe, and Alpha Sigma Phi’s exceptional social life) to the point that PSU suggested I take a term off, and increase my GPA thru ‘correspondence courses’. That's when my luck really changed for the better. I was out of school for only a short period, when 'out of the blue' I get this great job offer from the U.S. GOVT.. It was only a 2 year assignment, but it included 'room and board', 30 days paid vacation per year, and all tuition costs 'paid in full'. It doesn't get any better than that!! ..... Now comes the best part. After 12 months of tough classes, I became eligible for INTERNATIONAL STUDIES abroad. Again, an all expenses paid assignment for 12 months. I was off to Southeast Asia to study 'cultural differences'. How lucky can one person be !! It's great to live in America, but it's also nice to be on the 'right side of the grass'.” Jack went on to earn a B.S. in business from University of Pittsburgh, at night while working at Westinghouse East Pittsburgh, then worked as business manager for car dealerships, retiring as a sales supervisor at Comcast. He had great neighbors and made so many friends through work, as an avid golfer, softball player, bowler and pool shark, while involved in all his children’s activities, and as a member of the VFW and American Legion. He loved music, the beach, travel, working in his yard, having parties, organizing golf outings, yearly Oglebay gatherings, and the list goes on. With his outlandish story-telling, he kept us on our toes and always laughing. He lived a very full life and was very loved, respected and appreciated. He was our hero. In an effort to curtail community spread of the novel coronavirus (COVID-19), a private family visitation will be held at Forgie Snyder Funeral Home, 1032 Broadway, East McKeesport, 412-823-8083.. Everyone is invited to view the funeral service on Wednesday, August 19th at noon via live streaming from St. John’s Lutheran Church, North Versailles, on Facebook at (facebook.com/stjohnnorthversailles). Facebook membership is not required. Private interment with military honors will take place at Grandview Cemetery in North Versailles. Memorial contributions can be made to the Vietnam Veterans of America at www.vva.org, the Wounded Warrior Project at www.woundedwarriorproject.org or your local VFW or American Legion. For onlin3e condolences please visit www.snyderfuneralservices.com.

The family of Jack Lloyd Ellenberger created this Life Tributes page to make it easy to share your memories.

Send flowers to the Ellenberger family.