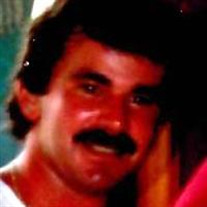 Daniel J. Thornburg, 60, of Greensburg, formerly of North Huntingdon, died Monday June 25, 2018. He was born August 22, 1957 in Johnstown, a son of the later Paul and Nadine (Alfred) Thornburg. Dan was a graduate of Norwin High School, Class of 1975 and was a member of the basketball, track, and cross country teams. He received “best all-around senior athlete award” his senior year. He was a member of the 1974 State Champion Cross Country Team that was recently inducted into the Norwin High School Hall of Fame. He received a bachelor’s of science and education degree at Indiana University of Pennsylvania in 1982 before moving to Florida where he was a physical education instructor in Palm Springs County School District from 1986 to 1996 and was an assistant basketball coach from 1986 to 1991. He moved back to the area and was a resident of Greensburg. Danny was a big Pirates, Steelers, and Penguins fan and loved music. He is survived by his siblings, Gail (Ty) Gongaware of Ohio, Mary Deborah Thornburg of Florida, Michael Thornburg of North Huntingdon, Karen Thornburg of Florida, David Thornburg of Erie; also numerous nieces and nephews. Friends will be received from 4 to 7 p.m. Thursday at the William Snyder Funeral Home, 521 Main Street, Irwin 724-863-1200. A Mass of Christian Burial will be celebrated at 9:30 a.m. Friday in Immaculate Conception Church, 308 Second St., Irwin, with Rev. John Moineau, as celebrant. Those attending the Mass please go directly to the church. Interment will follow in Immaculate Conception Cemetery. In lieu of flowers a contribution can be made to the Westmoreland County Food Bank, 100 Devonshire Dr., Delmont, PA 15626. For online condolences please visit snyderfuneralservices.com.

The family of Daniel J. Thornburg created this Life Tributes page to make it easy to share your memories.

Send flowers to the Thornburg family.