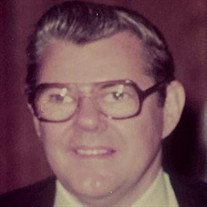 Daniel T. King, 86, of North Versailles, passed away peacefully Thursday, April 14, 2022 at Golden Heights Personal Care, Penn Township. He was born November 7, 1935 in East McKeesport, a son of the late Daniel and Estelle (Quinn) King and was also preceded in death by a daughter Michelle Weigle. Daniel was a member of Mary Mother of God Parish, and attended St. Robert Bellarmine Church, East McKeesport. Prior to retirement he worked for the Pennsylvania Department of Welfare and volunteered for over 10 years at the North Versailles Public Library. He was a foster parent to many children. Dan enjoyed reading and music. He was sports fan that especially loved watching the Steelers. He is survived by his children Jere (Karen) Weigle of West Newton, Brent (Margaret) Weigle of Coldwater, Michigan, Richard (Jessica) King of North Versailles, and Gary (Mary Kay) King of North Versailles; grandchildren Sabrina Adams, Kasen King, Miranda King, Gary King Jr., Madalyn King, and seven other surviving grandchildren, and great grandchildren; his brothers James E. (Gerry) King of Lewisburg, and John T. (Patti) King of Hermine; also numerous nieces and nephews. Friends will be received from 2 to 4 and 6 to 8 p.m. Monday at the Forgie-Snyder Funeral Home, 1032 Broadway Ave., East McKeesport, 412-823-8083. A Mass of Christian Burial will be celebrated at 10 a.m. Tuesday in St. Robert Bellarmine Church, East McKeesport. Interment will follow in Good Shepherd Cemetery. The family would like to give special thanks to the nurses and staff at Heartland Hospice and Golden Heights Personal Care for all of their care and compassion. In lieu of flowers those wishing may contribute to Heartland Hospice, promedicahospice.org, and or Golden Heights Personal Care, https://goldenheightspersonalcare.com. For online condolences please visit www.snyderfuneralservices.com.

The family of Daniel T. King created this Life Tributes page to make it easy to share your memories.

Send flowers to the King family.